You are here: Home / About Us

In May of 2021, Sailor and I moved from San Diego to Fort Wayne, Indiana. That’s pretty much the gist of it!

In October 2020, I wrote a post titled “Taking a Break”.  But even before that date, we were going through several life-changing transitions.  I was treated for breast cancer, and also underwent spine surgery.  Buy by far, the biggest change was retiring from the company where I had worked for 25 years. With all of that on my plate, blogging needed to take a temporary back seat.

Let’s start with why we wanted to leave.  San Diego is simply beautiful. The ocean, the beaches, the downtown waterfront, Shelter Island and Harbor Island are breathtaking. 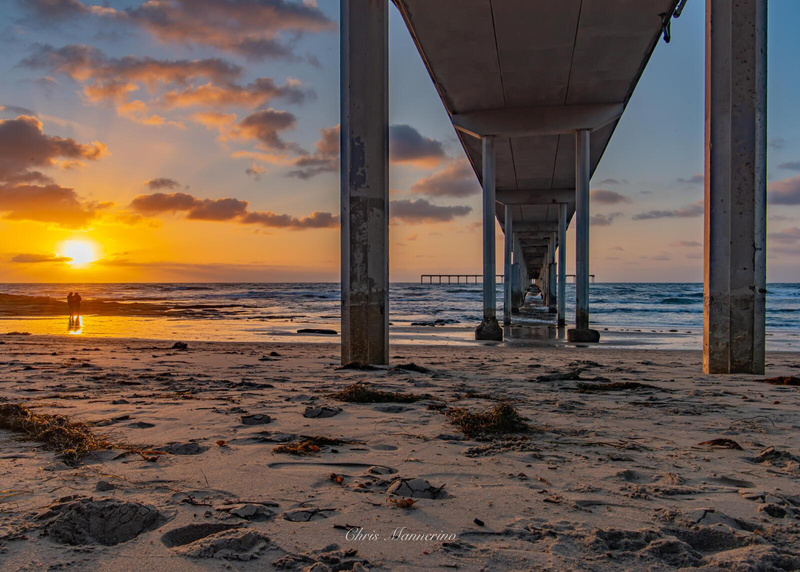 This is one of only 4 beach piers in San Diego, the Ocean Beach Pier. Photo courtesy of Chris Mannerino.

But it wasn’t enough to keep us, and in my heart, I knew there is beauty no matter where you live. San Diego (and by extension, California) is also crowded, busy, fast and very (very!) expensive.  We were looking ahead to retirement, and staying in San Diego on a retirement budget seemed to include a fair amount of penny pinching. 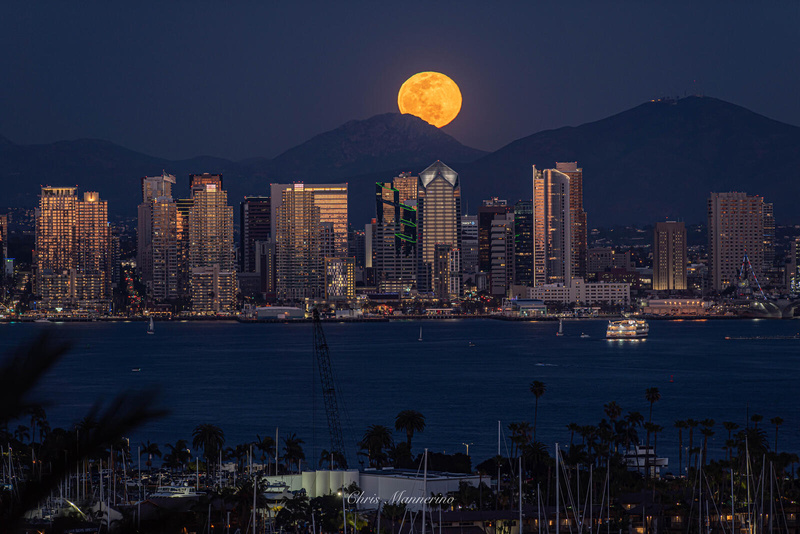 A moonrise over the downtown San Diego waterfront. Photo courtesy of Chris Mannerino.

Another reason to leave was the weather.  San Diego is legendary for its nearly perfect record of warm, sunny days no matter the season.  But that was the problem for me.  There are no seasons.  Okay, maybe there are, but the seasonal differences are so subtle that it’s easy to miss them.  I was truly starting to panic that I would never live in 4-season environment.  Before we made the decision to move here, I had even toyed with the idea of moving out to the Midwest or East Coast for a year, just to experience a REAL fall and a snowy winter. Happily, Sailor was onboard with my desire to live in a 4-season climate; he grew up on the East Coast, and was not the least bit put off by the idea of living with snow.

There are a few other reasons, but they are a little more personal. Rest assured that when we left California, were able to resolve some of those parts of our life we were not especially happy with.

Why did we want to move to NE Indiana?  Frankly, there were a few reasons.  Clearly, a big reason was the cost of living (see above!).  When we sold our house in San Diego, we had the resources to buy a larger house on an acre of property (actually 1.1 acres!), purchase a new car for me, do cosmetic renovation work on our new house and, for Sailor, add a 650 square foot workshop on to the back of the garage.

Family was a big factor too.  My older niece and her family live here in Fort Wayne.   My brother has recently moved up here from a smaller town about 90 minutes south of us.  And a good friend lives down the road a bit!

And of course, the weather.  NE Indiana is about 40 miles south of Michigan, so we get what is called the ‘lake-effect’.  Here is the definition:  Lake-effect snow is a weather phenomenon created when cold, dry air picks up moisture and heat by passing over a relatively warmer lake, such as one of the Great Lakes or the Great Salt Lake.  Happily, our first fall here was spectacular and our first winter was magical. 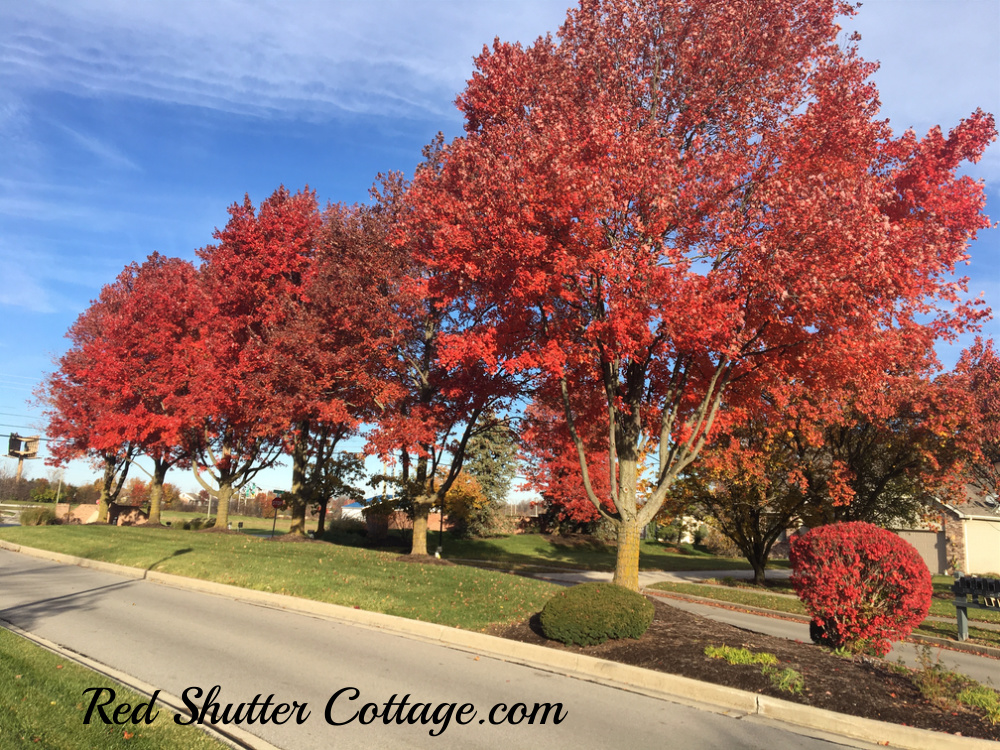 I MAY be a little starry-eyed, since it is all so new to me, but I have a feeling I will forever be delighted watching snow fall. 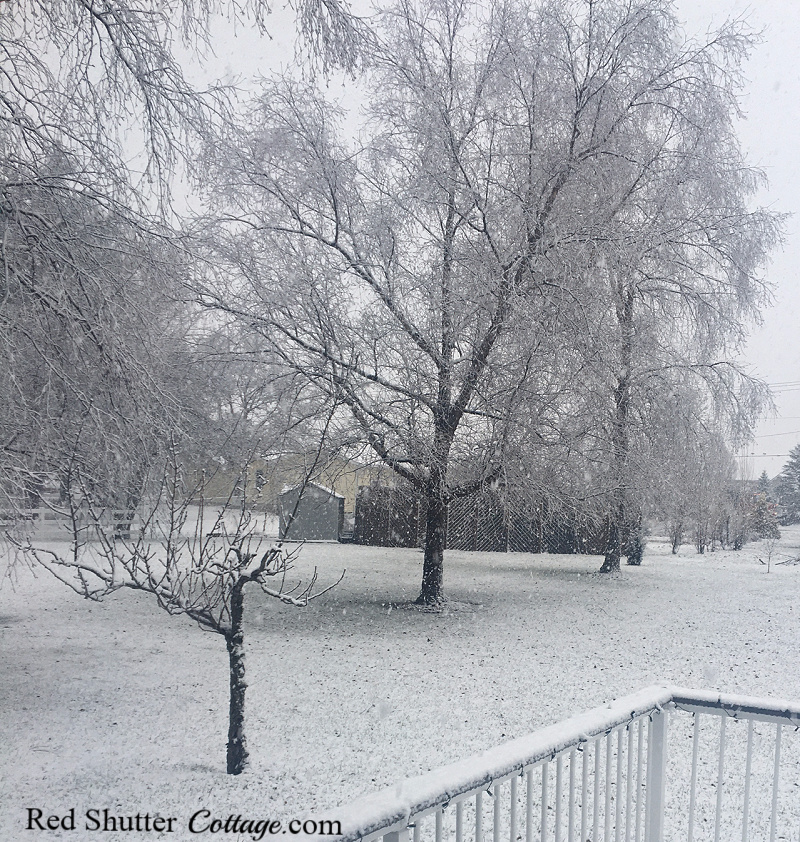 So, there is the brief recap of why we packed up our lives to move 2,000 miles across the country.  I will be posting stories and photos of our new Indiana home (“the Dupont house”). It does not have red shutters, and it’s really more of a ranch than a cottage.  But “Red Shutter Cottage” will remain;  it is a state of mind as much as it’s a real place. Besides, when we prepped Red Shutter Cottage to sell it, we painted the shutters black.  (Which, back in the day, I had originally planned on doing!) 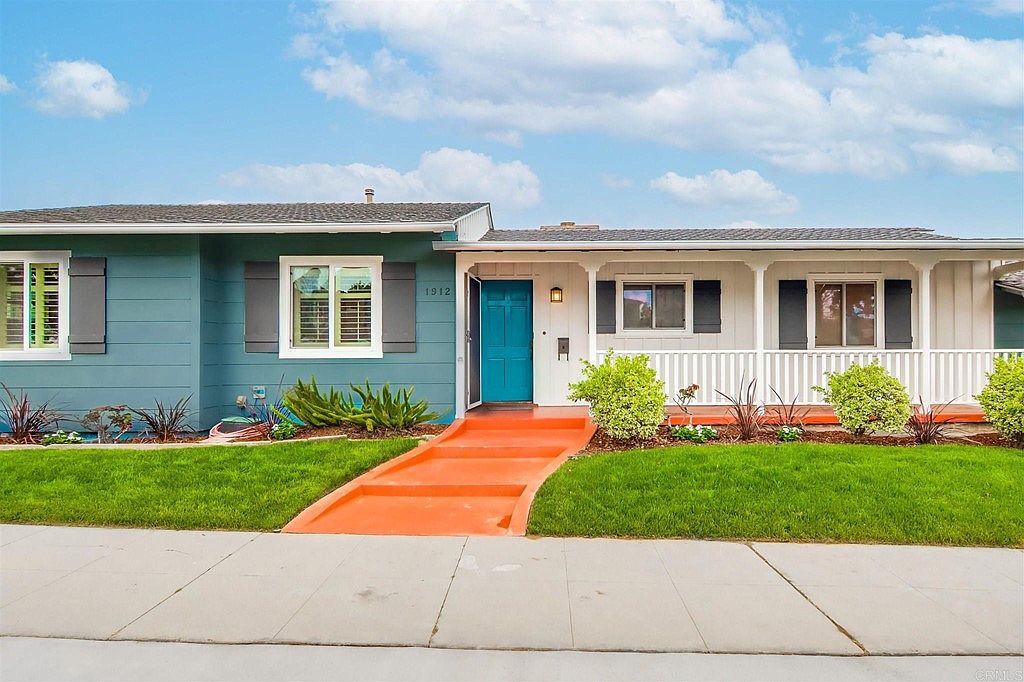 Hello! I'm Kristine, and I want to thank you for visiting my site! Red Shutter Cottage is a labor of love born out of my desire to organize, style, and simply create a warm and inviting home. You'll see lots of great tips, ideas and hopefully inspiration to enhance your life and living space. 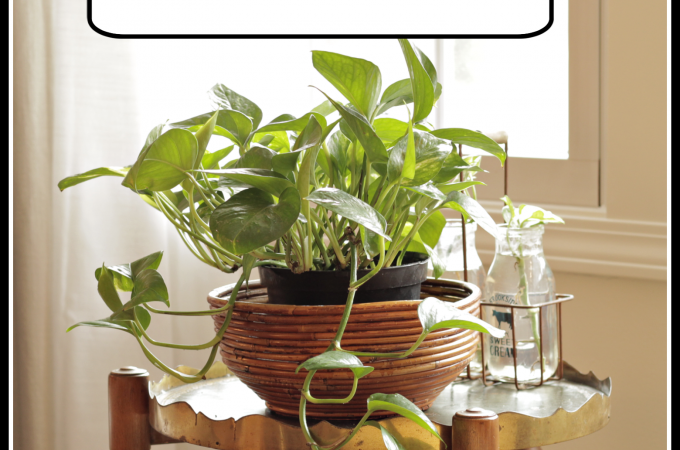 This transition time from Christmas to winter is a decorating challenge to many.  After all the exuberance of Christmas, settling back into the routine, the everyday isn’t so appealing.   But if you flip it over, there is something unique about the window of time between Christmas and Easter.  Whether you live in an area where winter temperatures hover…